Fall is here! Clean out that fridge and freezer!

Well. Just six weeks ago my husband and I moved from one side of the country (east) to the southwest again. Now that the move is over fro...

Dreaded pictures for the cookbook

We have our pet peeves and I for one have more than one! Really! I do! But shhh!

Pictures, the taking of pictures and the taking of  "Food Pictures" specifically has been so tedious as of late. That is to say - well, really what I'm trying to say is these latest pictures were not happily taken and not knowing the process of "how to take pictures of food". Well it is simple to say, many have opinions however no REAL SUBSTANCE nor "HELP" could be found in some who where experts as apparently taking pictures of food is well an "ART". I have searched high and low and found some photo sites to peruse and learned more by doing and yes, listening. So, with that I will let you know that I am going to start posting pictures, ALLOT of pictures. Some pictures will NOT make it into the Mexican cookbook and I am going to throw recipes alongside of those pictures which do make into the blog.

First, I intend to play catch up. I have finished my content for the Mexican cookbook - yet again! I think this is the 7th revision this year and yes it takes 1 - 2 years to get a book completed. I'm awaiting the editor comments back which generally will take 2 - 3 weeks. I will be shooting the dreaded "Food" pictures again as the last ones were so disappointing

That said. Now on to pictures, waiting for editor comments before I submit for my final proofs and on to writing more stories and getting more stuff published! Polish, polish, polish!

Preparing the vegetables for a fritata in a frying pan photo: 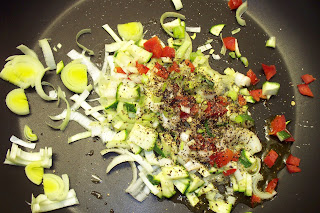 An onion in the process of being diced and then vegetables on a cutting board -- testing cropping and blocking: 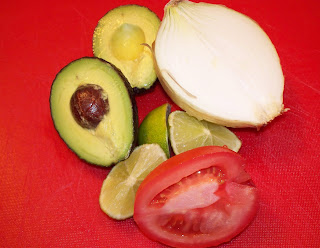